Loading...
The long-awaited live album from DIRKSCHNEIDER's 'Back To The Roots Tour' will be released on October 28th as 2-CD Digipak and Gatefold 3-Vinyl in 4 different colors (black, gold, silver and clear) via AFM Records. During the tour rock legend Udo Dirkschneider was presented a 'Sold Out'-Award for the extremely successful DIRKSCHNEIDER tour, where 31 out of 48 Europe shows were sold out! 'It's unbelievable, I never expected this tour to be so overly successful', Udo comments, 'It's beautiful to see how many people walk with me on my personal way of saying goodbye to the ACCEPT chapter.'

The singer with the charismatic voice had his musical breakthrough with ACCEPT in the early 80s. 'It's still so much fun to sing these songs live, they are a part of my biography, but nevertheless it's about time to turn that page. There was so much talking and speculations about me and ACCEPT, so this is kind of a musical statement from my end - which seems to be very interesting for the fans who came to these shows'.

Due to extremely high requests from fans and promoters DIRKSCHNEIDER will continue touring until the end of 2016. After the triumph all over Europe in spring 2016, DIRKSCHNEIDER will tour in Israel and Japan, doing a lot of summer festivals afterwards and then touring the US, Russia and Europe in fall and winter 2016. The album 'LIVE - Back To The Roots' has been recorded at the sold out show at 'Kaminwerk' in Memmingen on April 2nd, 2016.

LIVE - Back To The Roots [ Gatefold Vinyl ]

Let Me Feel Your Power

British heavy metal legends Saxon will unleash Let Me Feel Your Power, their 10th live album, on September 23rd via UDR Music (out on October 7th for US & CA). The 16 track album was recorded in Munich during November 20.. 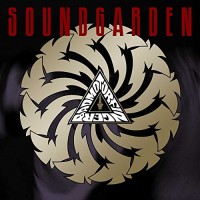 Beloved Seattle rock band, Soundgarden, is celebrating the 25th anniversary of their 2x platinum album, Badmotorfinger, with four special reissues including a 2LP version. The original album, newly-remastered, will now b.. 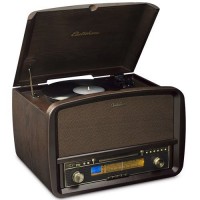 Backed by over 100 years of manufacturing high fidelity audio products, Electrohome has paired the design of vintage record players with the technology of modern music systems. Music enthusiasts and casual listeners alik.. 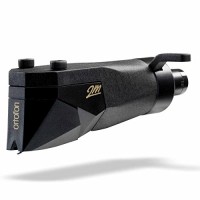 Ortofon's Exclusive Plug-and-Play SolutionThe 2M Black Plug-and-Play headshell is a practical and elegant solution for customers who wish direct and easy mounting and replacement on their tonearm. The combination of 2M h.. 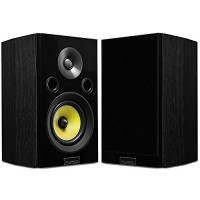 Prepare for a home theater experience like no other. Serious sound, from helicopter blades, to bullets flying by, the Fluance Signature Series Surround Sound Speakers will encapsulate you with everything you could expect..