Got Vinyl? Which turntable you should get, and why.

You've heard it said that happiness can't be bought, but if you're an LP collector you'll know that isn't quite true. Happiness is only far as your turntable, and as soon as you find your favorite stack of records, turn on that deck and drop the needle, the warm mellow fuzz will melt away the concerns of the modern day. And buying records? Pshh that's the direct equivalent of buying happiness.

Okay, so maybe you're not there yet? Maybe you've been tempted by your parents' Beatle's records and teetering on the brink of acquiring your first turntable. Well, this article's for you.

Maybe you're skeptical and think record players are just overblown gizmos that should've stayed in your Aunt Gladys's teenage days. Yeah, we've heard it all before. And that's okay too. But believe it or not, this one's for you also, because the only person who isn't hooked on vinyl yet, hasn't given it a chance.

Maybe you're a passionate music collector, and want to get into vinyl but don't know where to start. In the haze of the 9 to 5 grind, music's essential therapy. Well then, this is most definitely for you. We're here to set your soul ablaze with a new kind of love for music.

Our first reason for getting started in this hobby, is it's so simple.

So where does one start? The question can seem complicated, especially with some of the hype surrounding vinyl's massive comeback over the last few years. But hey, we'll demystify that pretty quickly right now. You know those colorful new deals popping up in outfitters around the country. Don't be the dolt who buys them. Just don't.

Turntables in trendy cases might get you laid on the way home but they won't lead to any long-lasting vinyl satisfaction. There's lots of noise out there, but if you're thinking about getting your first deck setup, the answer is actually pretty simple. We suggest something in the Audio-Technica range. And you're on a tight budget, you say? Look at the bright side, it helps narrow your choice further.

Also, the good news is, the prices of some of these quality tables have been shrunk to about third of what they originally were. For beginners and intermediates alike, a good place to start is the Audio Technica AT-LP120-USB. The great thing about these, is obviously that you can convert your records to digital format as a back-up in case that unthinkable happens and you somehow break the physical record.

"I've seen the needle and the damage done"

Chances are, you know someone, who knows someone with a serious vinyl addiction. They probably only seek one kind of needle, and it's not the type that caused the downfall of the hippies. There are plenty of these people cruising through any city. The vinyl addicts we mean... These individuals may for instance have started off by playing a Tame Impala LP and never looked back; They may have also heard a limited edition David Bowie record at an uncle once, or Kendrick Lamar's "good kid" at a friend's house party, and before they knew it, they were hooked for good. You look at them with amazement.

The truth simple though. If you're exposed long enough to an addictive substance, the result is the same. Anyhow, since we mentioned needles, there's something you need to watch for if you're going to keep a long-standing album selection. Standard needles - the ones that decks come with - aren't always the greatest tools for the job. Take our example above, the Audio Technica AT-LP120-USB for instance.

Great turntable. Needle could be improved though. But with a little easy in-shop modification, you can achieve a truly gorgeous setup. This means your records will last for decades. (So much for the inner cynic who think records, like people, have to be slowly eaten away for the sake of producing beauty.)The second point then: find a cartridge that's right for the job. This needs to be installed properly so that you don't damage your albums before your collection gets started. The good news is, a decent cartridge like the Audio Technica AT95 EBL will only set you back 40 bucks.

So, now you're ready to go. What about speakers though?

Few people realize how simple it is to get a great turntable that's built as solid as a chevvy. Refreshing right? To know that you're investing in something that could last a lifetime. Well now it's time to get your speakers hooked up. The good news is that any decent speaker system will work. There's a school of logic that says if the source is of a good quality, anything further down the line will sound great.

You could, in other words settle for the speakers connected to your old Hi-Fi for the short term. Choose one with it's own power source to minimize confusion. But supposing you want to perfect this setup with a really good speaker complement, (and it's worth the trouble, believe me). Well, the Audioengine range is great place to start as far as a prime set of speakers at a reasonable price.

We hope we've shown you how simple it is to get into vinyl. Time to get involved now. The truth is simple. LP's take us back to to the physical  roots of music (the LP is a live instrument, when you come to think of it) and if your living room needs life during the quiet moments, a vibe when you throw a house party or a get-together with your closest friends for dinner, the record spinning in the corner has a way of doing just that. It's a return to place where you're able to have a live show in your home, playing from a physical, rather than a digital medium. And after all, the only righteous media for playing Queen, Led Zeppelin, Classic hip hop or even Jack White these days, is vinyl. Even your aunt 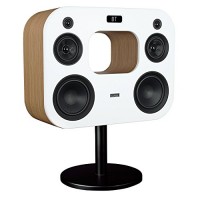 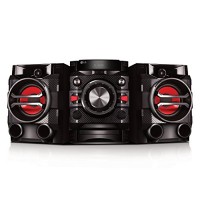 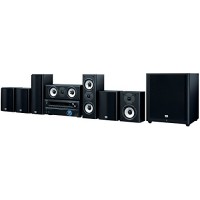 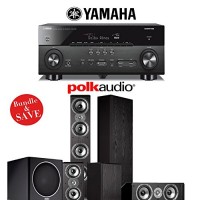 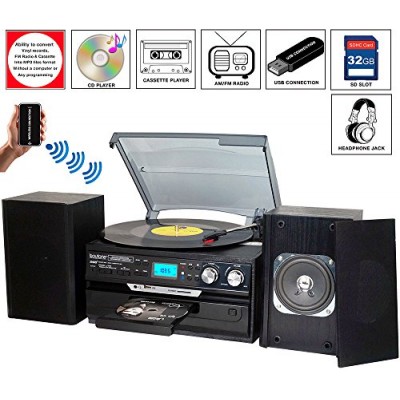 The BOYTONE BT-24DJB with Bluetooth connection is a dynamic multi-media system record player turntable with the much sought after ability to play vinyl. Add MP3 encoding from any of the system's media formats, and you ha.. 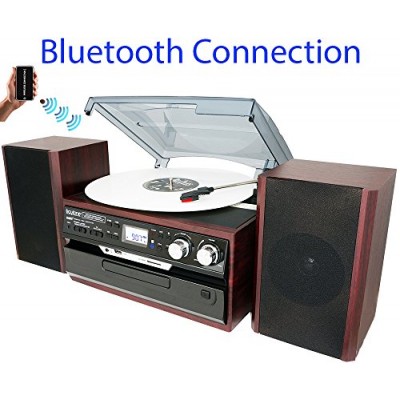 The BOYTONE BT-24DJM with Bluetooth connection is a dynamic multi-media system record player turntable with the much sought after ability to play vinyl. Add MP3 encoding from any of the system's media formats, and you ha.. 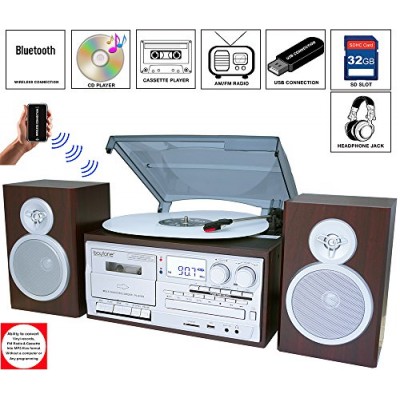 The Boytone BT-28SPS Bluetooth turntable and Stereo Speaker System combines classic turntable style with modern technology. It can play it all. Wirelessly stream music from your device via Bluetooth, insert a USB flash d.. 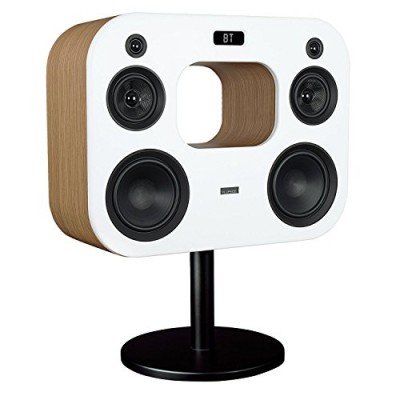 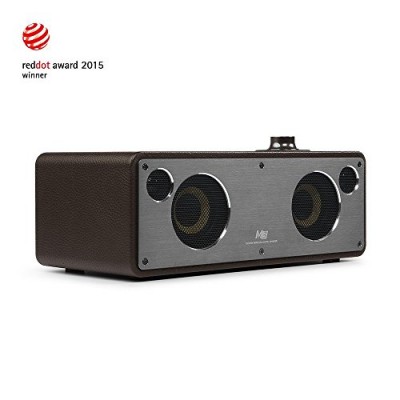 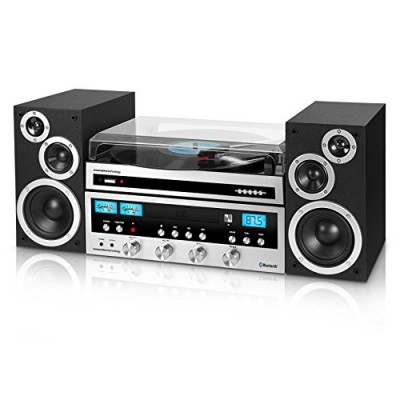 Classic 50 watt Bluetooth Component Stereo with Record Player by Innovative Technology. Designed to capture the look, power and performance of the classic 1980's shelf systems, but built with the latest in Bluetooth wire.. 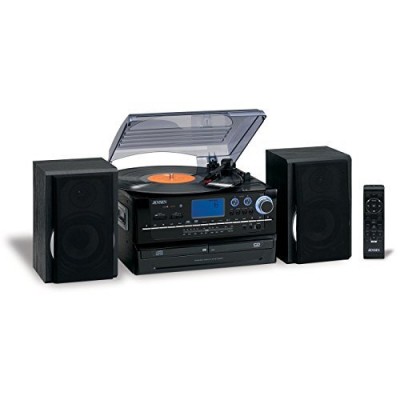 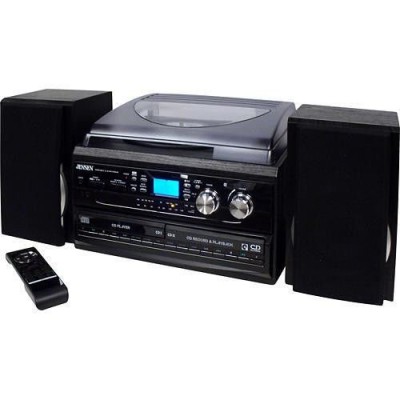 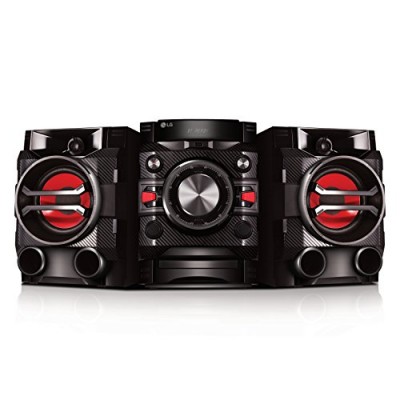 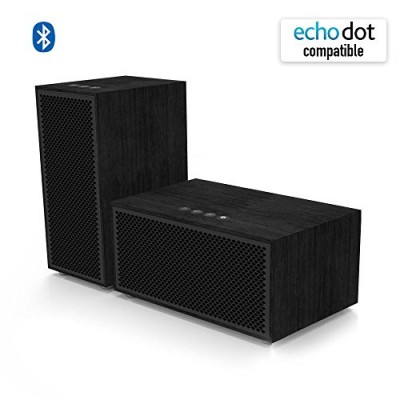 Stream anything, anywhere YouTube, Pandora, Spotify, iHeart Radio, the options are endless! Unlike traditional wireless multi-room audio systems, your streaming capabilities are not limited by proprietary design. Other .. 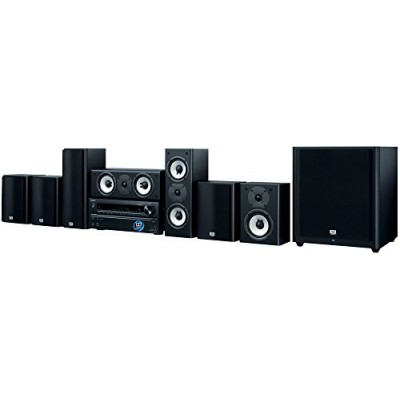 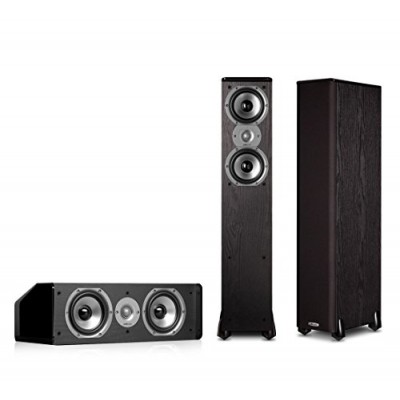 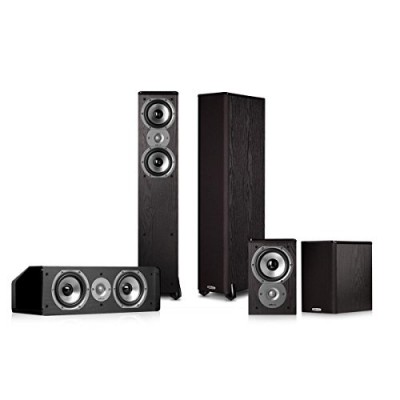 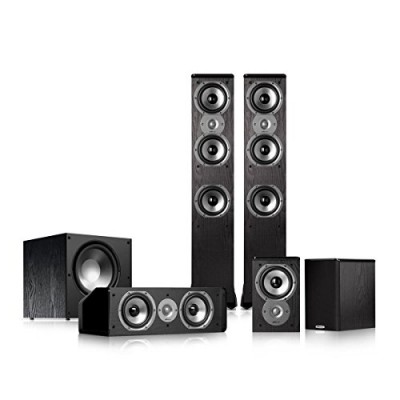 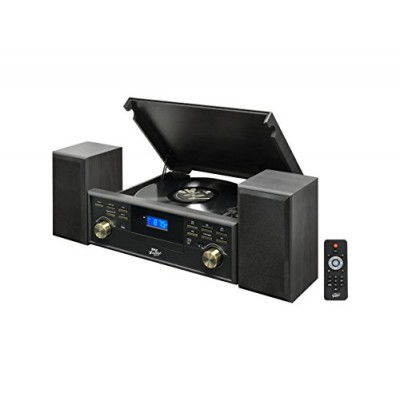 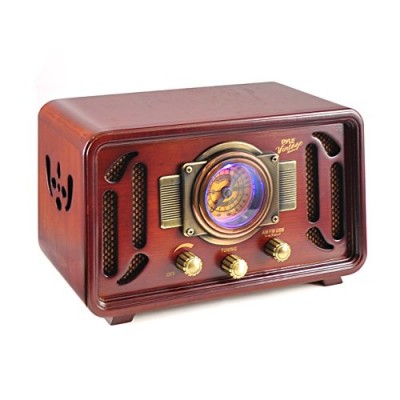 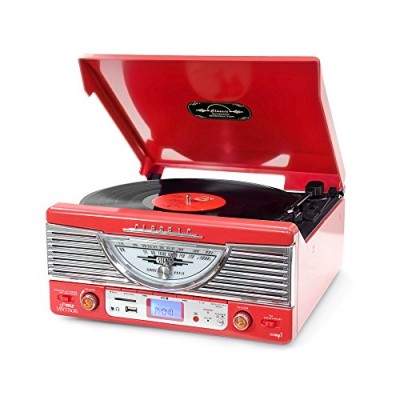 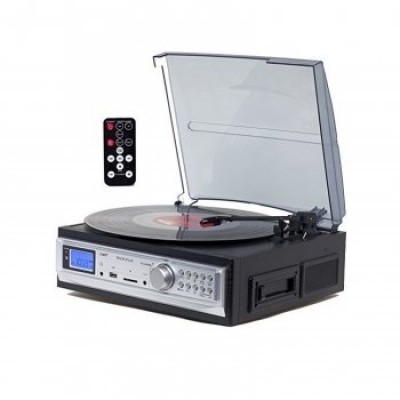 Self contained turntable stereo system, with Cassette player, SD and USB ports. AM/FM Stereo Radio with built-in speakers. MP3 encoder lets you take your favorite records on the road with you. Transfer your favorite reco..