Loading...
Recorded at its namesake the Saint Cecilia Hotel in the midst of the band's two headline sets at this year's Austin City Limits festival, Foo Fighters' five-song Saint Cecilia EP is both a scrapbook of nearly forgotten moments in the band's 20-year odyssey and a heartfelt thank you to the legions of FF faithful who have made that journey possible. Returning to the city where the Sonic Highways' album and HBO docuseries concept was born, Foo Fighters instantly transformed the intimate, secluded retreat into a makeshift studio: Within a day, the office became a control room, the bar was littered with mics and cable, the kitchen packed with amps and the fireplace obstructed by a drum kit. Decades of music no one outside the band had heard, fragments and long forgotten riffs from every album--closing cut "The Neverending Sigh" is 20 years old!--were exhumed or pieced together for the first time, all without the usual pressures and expectations that come with making an "album." Dave Grohl, Taylor Hawkins, Nate Mendel, Chris Shiflett, Pat Smear, Rami Jaffee--and old friend Ben Kweller, who happened by one night and ended up adding backing vocals to the title track--sound as happy and relaxed as only a musical family reunion can. Foo Fighters' gargantuan 20th anniversary stadium/arena/festival tour is about to come to a close, which is always bittersweet, but this time around the band and its fans will have the Saint Cecilia EP as a memento of that rare and perfect unity of life, love, and music. 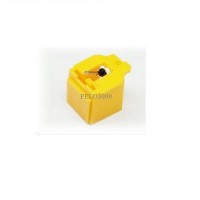 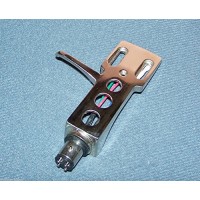